THE WORLD IS FOREST

The world is forest, is a large-format immersive installation created for the Project Room of LABoral Centro de Arte y Creación Industrial. This proposal invites visitors to immerse themselves in an unknown biome, in a fantastic world.

We imagine an extra-planetary civilization that, inspired by the Asturian forests, tries to recreate them from a distance through the data at its disposal. The lack of environmental and biological conditions that make the Earth, and especially its forests, unique ecosystems difficult to imitate, confronts them with an extraordinary challenge.

The title is inspired by the novel “The Name of the World is Forest” by Ursula K. Le Guin, which deals with the theme of ecology and respect between species. As in Le Guin’s book, the proposal invites to estrangement, exploration and curiosity; to imagination and fantasy as ways to glimpse better realities from fictitious worlds.

The installation is complemented by a public program of round tables, guided tours, reading clubs, children’s workshops, activities in bookstores and other proposals that will take place around our forest. 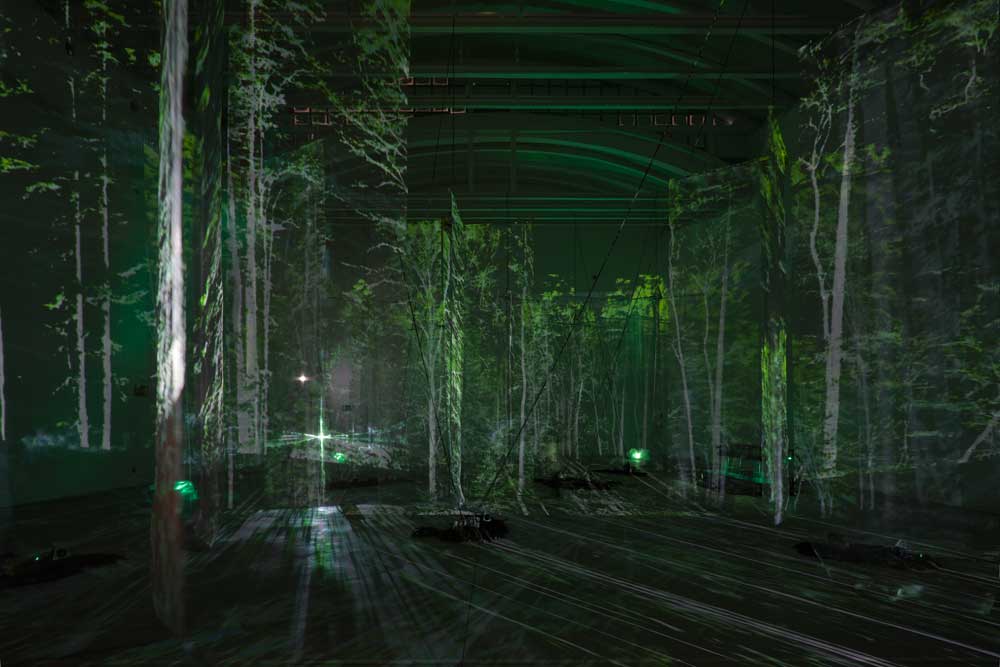